Re-design the Delta in-flight entertainment system for an academic project.

How might we redesign an in-flight entertainment system during a pandemic? 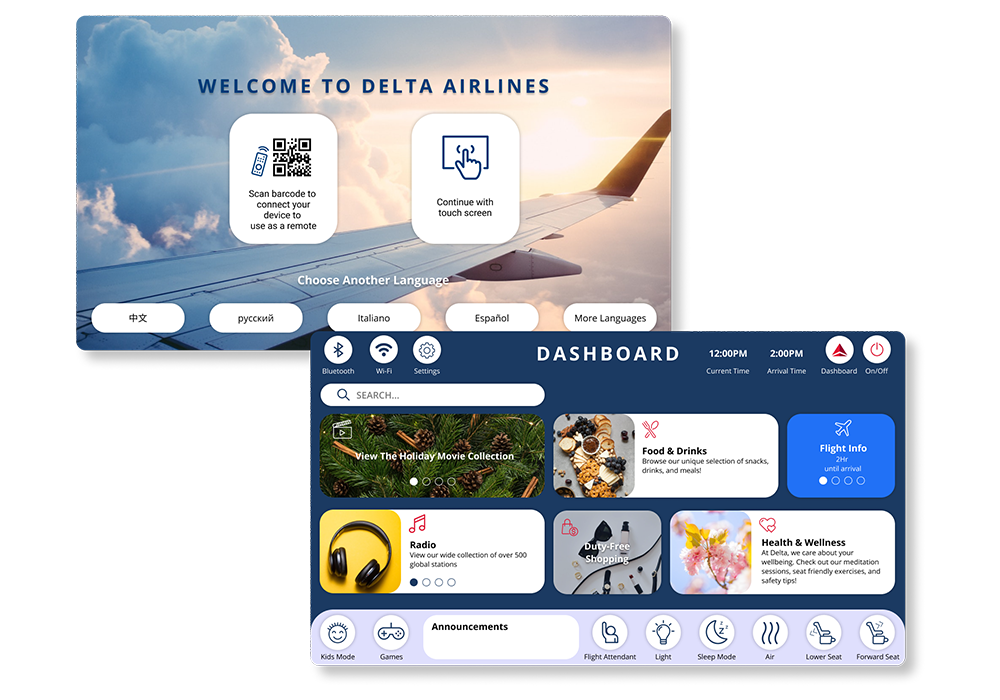 IFE systems are not up to date with technology standards even though most of them have the capacity for it. Airlines have had to rethink how passengers travel during the pandemic. Many Individuals do not feel comfortable touching public surfaces and almost all of the IFE systems on plane are touchscreens.

Re-design of the Delta IFE system that allows passengers to connect their devices to use as their own personal remote. 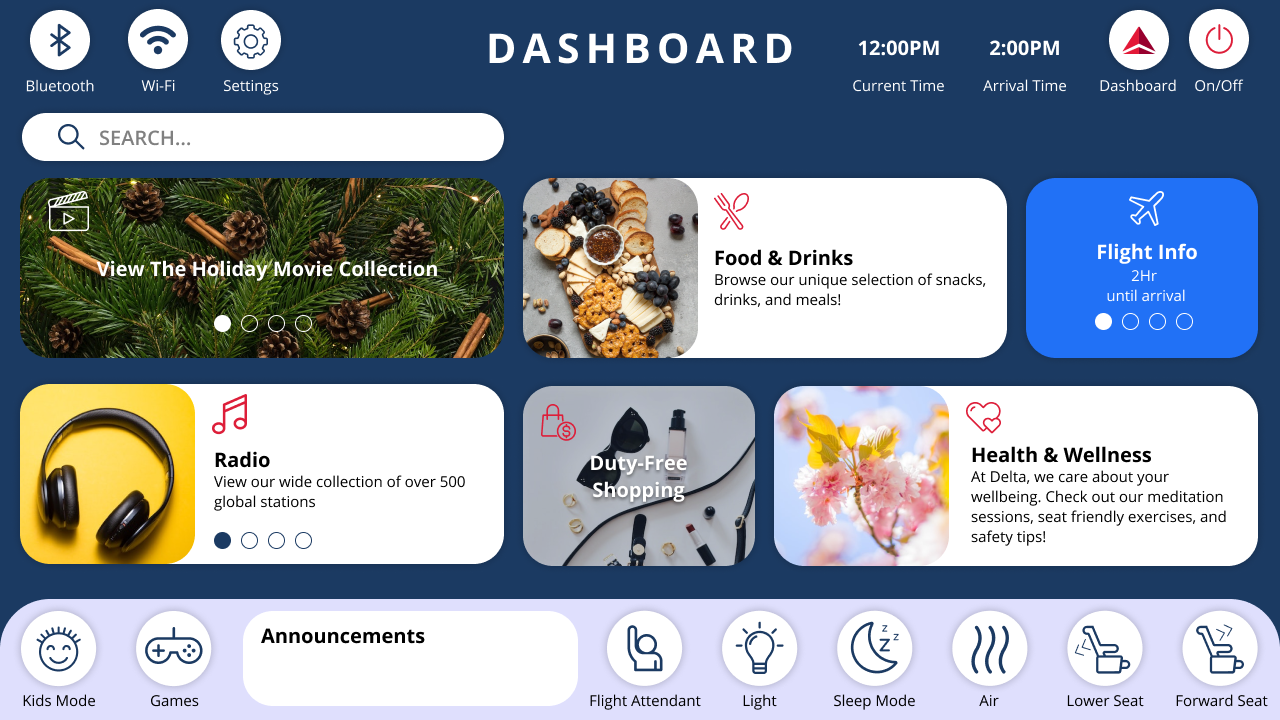 2020 has been a life altering year for many individuals.
The way people interact in the outside world has changed indefinitely. Many Individuals feel unsafe without face masks, and they do not feel comfortable touching public surfaces.

One area affected significantly from COVID-19 is the airline industry. Globally, we have to rethink the way systems work in order for people to feel safe again.

For this project, I researched and designed an in-flight entertainment system in a COVID-19 era.

I was surprised that Delta’s current IFE system had a small amount of icon use. They had no seat controls on the interface, however they were above the seat. I was unable to reach the seat controls above me without loosening my seat belt and standing up a little to turn the air off or turn a light on.

They have a side navigation bar on the left side and a spotlight home screen showing a carousel of featured movies to watch.

I conducted in person interviews and sent out a survey which received 25 responses.

“Touch screen has been unreliable (some parts of screen not responsive) or not properly cleaned/wiped.”

“I had no idea how to work the entertainment system and was afraid to try. Would definitely feel more comfortable if I knew I can control it using my phone.”

Empathy map for my user James Newman who is a music highschool teacher. He has some anxiety about traveling during a pandemic.

I chose to do my competitive analysis on both domestic and international airlines to better understand the pros and cons of each airlines IFE system.

I focused on music, food, and seat controls to dive deeper into their organization.

From these three scenarios I chose the first one to design my wireframes and prototype around. I focused on the music section of the interface.

After getting feedback from peers and professor Anvari, I decided to reorganize the bottom navigation and add text to each icon indicating what it does. I also moved the bluetooth, wi-fi, and settings to the top left and added the current time and time of arrival to the top of the screen. To break up the bottom navigation I added an announcement bar to display a message from the pilots or flight attendants.

When James Newman selects the KCRW radio station a message will pop up suggesting to connect his bluetooth headphones to the system or plug them in.

I decided to create a multi-step form that the user can go through to send their favorite songs to themselves or a friend because it was too much information to display all at once.

View the prototype in Figma