2 character stories and a product proposal 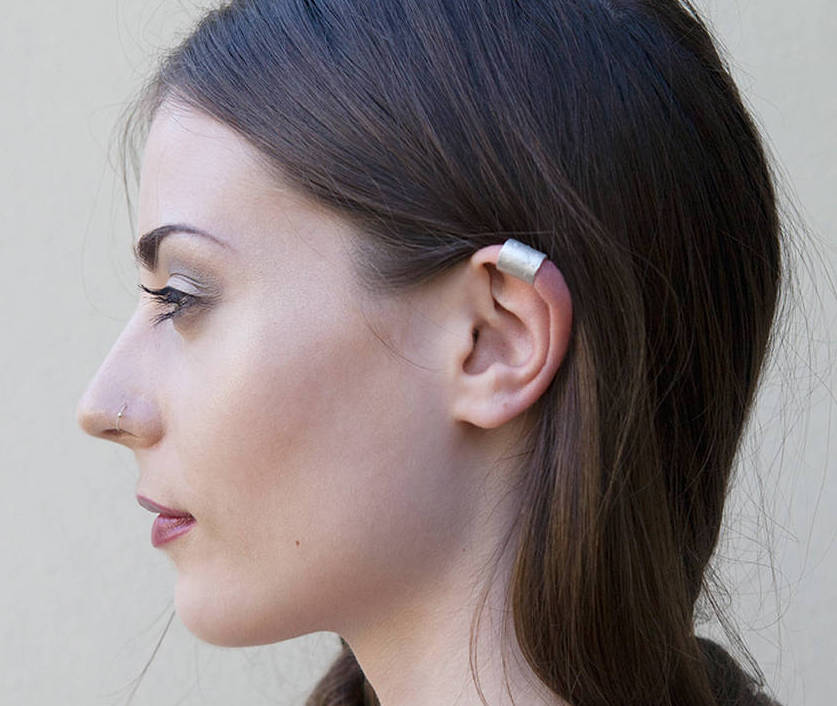 August grew up in Bend, Oregon with her older brother and parents. August loved going on adventures with her family when she was younger because she enjoyed exploring new places. Her favorite food is Mexican and she loved club sodas with lime. Tennis is her favorite sport to play because it reminds her of when she would play it with her family as a kid. At the age of 20 she moved out to San Bernardino to attend University at CSUSB and graduated 5 years later with a bachelors in marketing.

While interning for a small film production company called Narrative in San Diego the marketing director left the company leaving August to take on more responsibilities 6 months into her year long internship. August was hired as a full time employee to fill the marketing director's role until they found a replacement, which after months of interviews the company realized that August was the best fit for the position.

She stayed at Narrative as a marketing director for 5 years where she helped grow the company from 15 - 20 yearly clients to 50 within the first 3 years. She left her role as marketing director because she got recruited on Linkedin by a startup in Silicon Valley called GloUp which is a real-time face filter company that uses artificial intelligence to personalize users facial filters. The salary increase was significantly larger and she was ready to start a new career adventure. The move was relatively easy for August, she packed up a U-Haul and drove to her new spot in Sunnyvale with her mini doodle Jujubes.

This new job required her to work long hours and was a much faster pace than her previous position at Narrative. The CEO of GloUp expected August to work overtime almost every week and before product launches she would be working throughout the weekend sprinting to roll out the launch in time. August had to take Jujubes to doggy daycare everyday due to the long hours. The consistent stress from the CEO and lack of support from her project manager made her feel overwhelmed.

As a relatively new employee August didn’t want to speak to HR about the big workload. August felt that this is normal and she should continue to work as hard as she can to deliver her best work. She would take her work home and power through late into the night and when it came time for bed she was unable to sleep unless she drank alcohol. This became a daily cycle of working late and drinking to sleep. Eventually she became sick more frequently and had to take sick days which the CEO thought was unnecessary. Her PM still expected her to deliver on her sick days off since they thought work from home is easy and manageable for anyone, even if they are sick.

One night she left a bottle of caramel flavored scotch opened and it fell over. Her dog Jujubes licked all of it up and became deathly ill. This was a wakeup call for August, she needs help.

Marcus grew up in Stillwater, Oklahoma. He’s the oldest of his three siblings, two of which are now doctors, and his sister is a lawyer. At 16, Marcus graduated from Stillwater high and left his hometown to attend the University of Michigan. Upon graduating with his Bachelors in Psychology, Marcus set out on a journey, backpacking around Europe for a year before landing at Insead for grad school. Straight out of Insead, Marcus moved to Silicon Valley in January of 2018 and founded a unicorn startup with a classmate from Insead.

Two months after moving to California, Marcus fell in love and, by the end of 2018, was married with a three-month-old son. Family life was fulfilling, and endless adventures filled his social calendar, everything from skydiving in New Zealand to scuba diving in French Polynesia. Marcus’ success as an entrepreneur was mind-blowing as well. His startup, Reblox, achieved unicorn* status in March of 2019. Marcus had done it; he had reached the Silicon Valley dream. It required skillful juggling of his family, social, and business life, but he was doing it and loving every moment.

On December 4, 2019, Marcus and his wife welcomed their second child, a baby girl named Olivia, whom he adored. December 22, 2019, was Marcus’ 27th birthday. Despite the usual lack of sleep all new parents experience, Marcus and his wife hired a sitter so they could go out for a celebratory birthday dinner. It was at that dinner that Marcus’ wife, Priyanka, dropped the bomb. Olivia was not his daughter. Priyanka had been having an affair with her boss, was moving out, and taking Olivia with her. Marcus was devastated beyond words. But it was Tuesday night, and Marcus felt that it was his duty as CEO to show up at the office the next day. So, unbeknownst to his co-founder and 40 employees, Marcus forged ahead, being the impeccable leader he was known to be while handling his unraveling home life behind the scenes.

Then 2021 arrived, Covid-19 unleashed its wrath, and the world entered “unprecedented times.” He began working 80 hour weeks to manage the transition of his 40 employees to remote work. All while continuing to go through divorce and child custody proceedings. Sleep? Marcus would joke, “I’ll sleep when I’m dead.” Because of jokes like this and the “all-together” facade he kept up due to his core belief that a leader should not show vulnerability, no one in his life knew that Marcus was unraveling internally. No one. Not his sister, brothers, even his therapist, who he had seen for five years, was unaware. In grad school, Marcus wrote a thesis on psychological burnout. He knew what was happening and saw himself rapidly checking off the boxes of symptoms—difficulty sleeping, emotional instability, anxiety, difficulty focusing—with the dawn of every new day, another sign seemed to arise. Marcus knew something needed to change. He knew he needed a “refresh” to rescue himself from full-on burnout. Marcus felt lost and alone. Despite his knowledge of psychology, he didn’t know what to do or where to turn.

How might we use a wearable device to practically monitor and modify people’s behaviors to detect and prevent burnout?

We want to use the brain computer interface (BCI) to track people’s mental state to know the signs of burnout before it is too late as well as guide the user to find relief and avoid burnout. Futuristic and simple wearable technology that identifies, tracks, notifies, and decreases the symptoms of burnout. Perhaps a watch or an earpiece (ie. ear cuff, jewelry)

Males and females 26-50 years old working 40+ hours per week and have an annual income of $120,000+. (Think founders, CEOs, engineers, developers, members of independent VCs, and directors)

We are trying to eradicate burnout from hard working individuals so they can live productive, successful, and fulfilling lives. 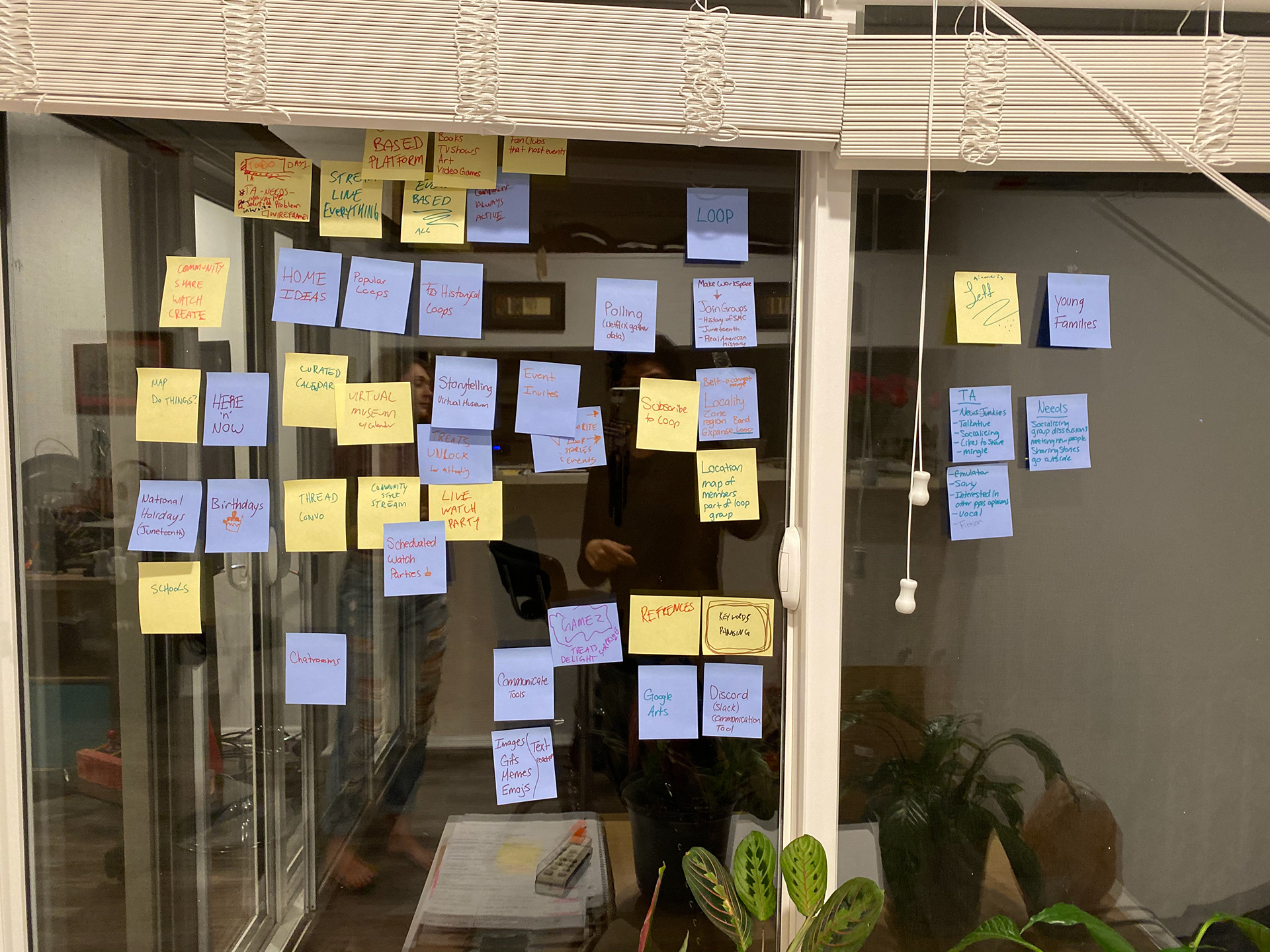